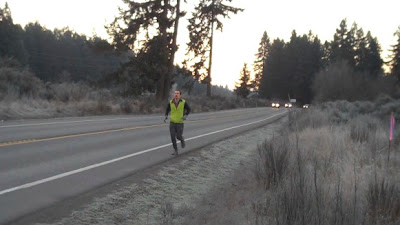 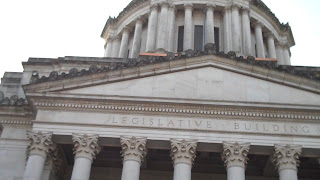 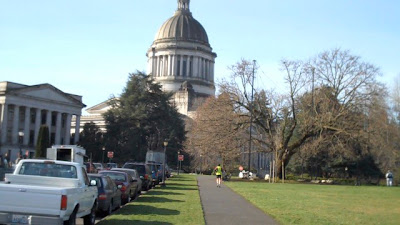 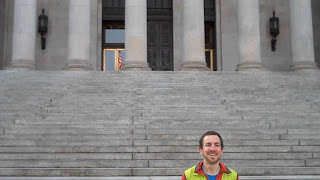 Also, here's a nice article the Seattle P-I wrote on my adventure.
Posted by Sam at 11:22 AM 2 comments:

Tonight I'm running about 85 miles to the capitol in Olympia.  I am going there to speak with my representatives about a more sustainable and functional plan to fund WA state trails.  I'll be joining other volunteers and activists with the WA Trails Association for their annual lobby day on Wednesday.  If you'd like to participate, but can't make it to Olympia, please consider writing your representative a letter and participating virtually!  I'm looking forward to a really fun run tonight and hope to increase my impact with my efforts.  I should be in Olympia by around 8am, and can't wait to be a voice for our amazing trails! 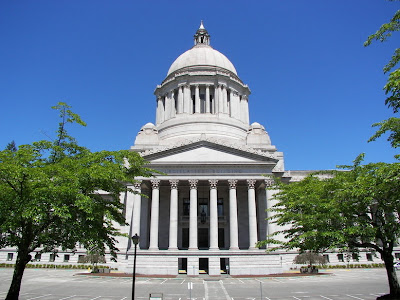 Training with Babies on Board

Here's a quick little video I threw together to give a little idea of what running/hiking with 2 babies on board is like!  It's a ton of fun... and quite a workout!

Front Back Expeditions from Sam Thompson on Vimeo.
This is a little sample of some of the fun the girls and I have on our normal hike/jog in our favorite park by our house.  Lots of singing and babbling and exploring for all of us!
Posted by Sam at 2:25 PM No comments: